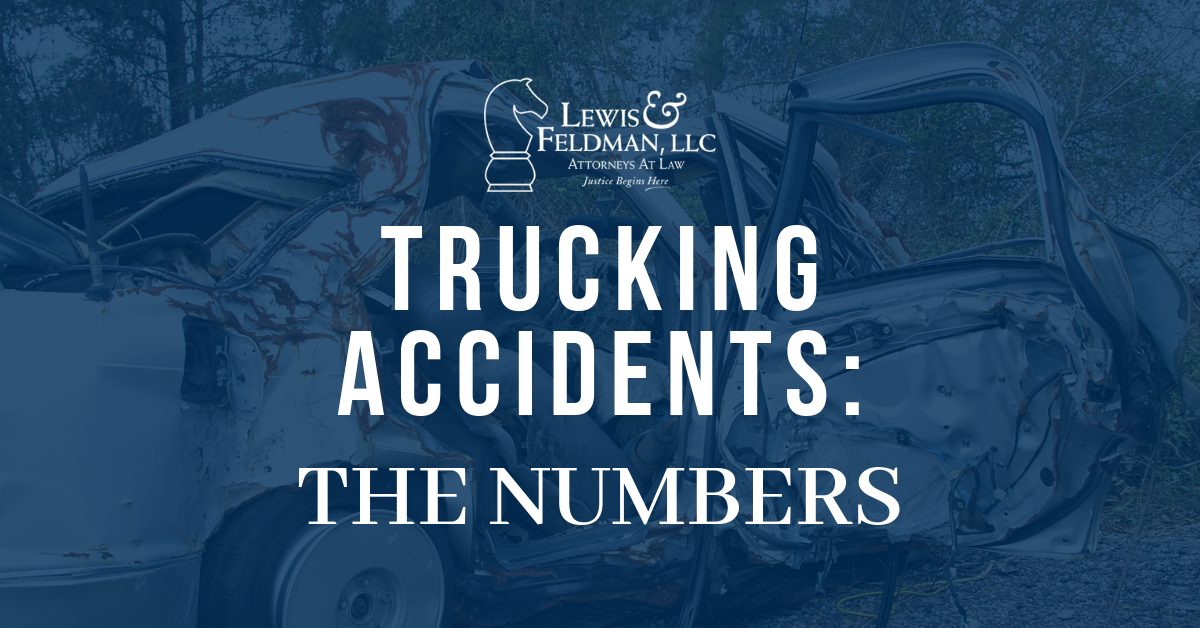 Anytime you drive on a major highway or interstate, you are sure to see more than a few 18-wheelers transporting goods. Although you may hope to never be involved in a wreck involving a large truck, an alarming number of these accidents occur each year. According to the National Highway Traffic Safety Administration, there were roughly an eye-popping 342,000 reported accidents involving large trucks in 2013. Of those 342,000 accidents, there were an estimated 95,000 injuries and 3,964 fatalities.

Given the weight differences between normal cars and large trucks, it can safely be assumed that occupants of everyday cars are hurt and killed more often than large truck drivers. Even considering this obvious notion, the numbers are still rather shocking.

The National Highway Traffic Safety Administration found that of the estimated 95,000 people injured in large truck crashes in 2013, 72% were occupants of other cars, as opposed to large truck drivers. In accordance with normal reporting procedures, figures of the injured do not differentiate between kinds of injury. As such, among the 95,000 injured are those suffering with anything from scrapes and bruises to missing limbs and paralysis.

The National Highway Traffic Safety Administration also found that of the 3,964 fatalities in 2013, 71% were occupants of cars or small trucks. Between 2012 and 2013 there was also a 13% increase in the number of non-occupant individuals killed by accidents involving large trucks. Further, between 2000 and 2008, the Federal Highway Administration found that 25% of work zone motor vehicle fatalities involved large trucks. While these numbers represent nationwide totals, this issue strongly affects Alabama in particular. In 2013 there were 107 large trucks involved in fatal crashes. Stemming from those accidents were 109 fatalities.

While this may seem like a relatively small number, the harm from each death affects that person’s family and loved ones, as well as the family and loved ones of the people that survive. Our goal is to make sure that these victims are fairly compensated in the event of a car wreck involving a large truck or 18-wheeler.

If you believe you have suffered as a result of someone else’s actions, our Birmingham, AL personal injury firm can analyze your case. Contact the attorneys at Lewis and Feldman, LLC at 205-896-6410 or toll free at 888-705-3997 for a free, no-risk consultation about your injuries.