By hummingbirdsouth on Oct 15 in Lewis & Feldman Blog. 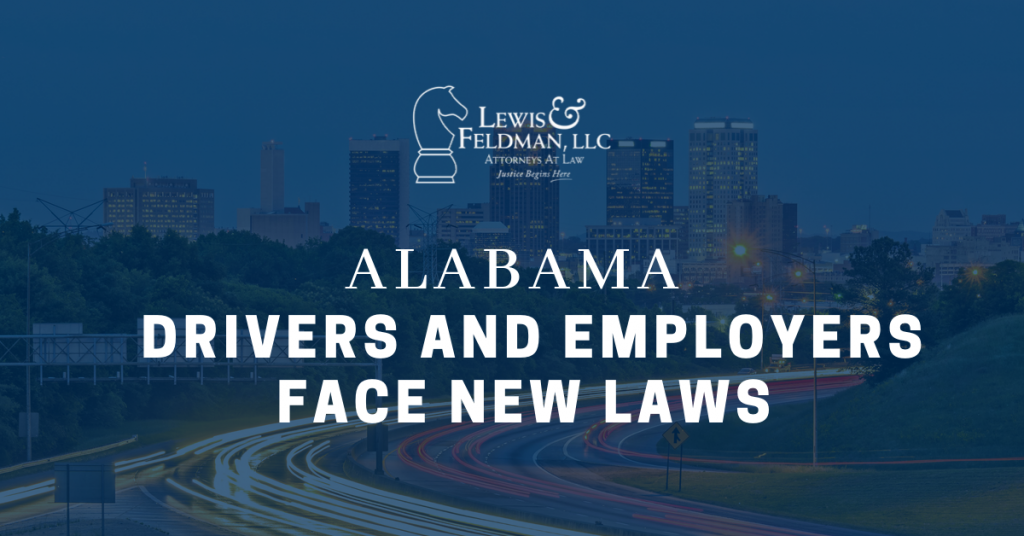 As of September 1, 2019, Alabama drivers and employers have a new set of laws in place that they must abide by. These changes, which are now in effect, have an impact on employees, businesses, and drivers throughout the state. Issues such as equal pay, seat belt laws and road rage are addressed in these laws. Keep reading as we dive deeper into the new laws Alabama drivers and employers are facing.

The state of Alabama is the 49th state to enact its own equal pay provision. This new law came into effect on September 1, 2019, and prohibits employers from paying some employees less than others due to their gender or race. Individuals who believe that they are being paid less than their coworkers due to their gender or race now have the ability to sue in state court as well as federal court. Those who believe their race or gender played a role in receiving unequal pay have two years to file lawsuits in Alabama state court. The Equal Pay Provision law can be applied to private and public employers. This includes small businesses as well.

Buckle Up, It’s the Law

The Alabama Department of Transportation found that 60 percent of people who died in traffic accidents in 2017 were not wearing seatbelts. Until September 1, 2019, only children riding in the backseat were required to wear a seatbelt. Now, all passengers in a car must buckle up, not only in the front seats. Passengers who don’t wear a seatbelt can receive a secondary violation. This means an officer can issue a ticket if they stopped the car for another reason.

Due to the Anti-Road Rage Act, some drivers will also have to change where they drive on the road. The act makes it a violation for driving in the left lane for more than one-and-a-half miles without passing. This law was created to keep slow drivers out of the left lane and to help prevent slowdowns in highway traffic. However, there are some exceptions for inclement weather, left exits, construction and congested areas.

Our Birmingham, AL, personal injury law firm can analyze your case. If you believe you have suffered injuries as a result of someone else’s actions, contact us, Lewis and Feldman, at 205-896-6410 or toll free at 888-705-3997 for a free, no-risk consultation about your injuries.