The Most Dangerous Intersections in Birmingham

By hummingbirdsouth on Nov 18 in Lewis & Feldman Blog. 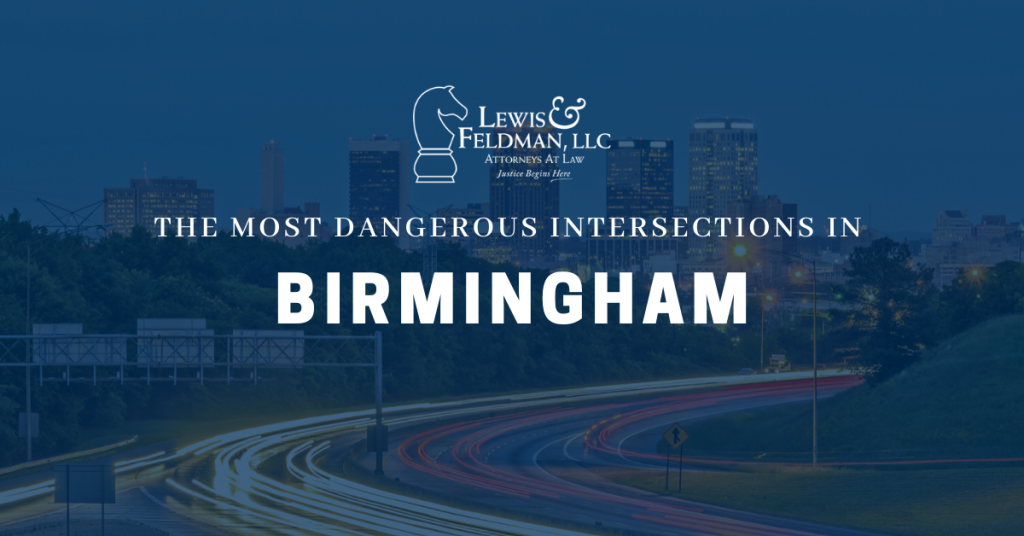 The Most Dangerous Intersections in Birmingham

When it comes to car accidents, they tend to occur in areas where there is more congestion. Larger cities typically experience more accidents than smaller rural areas where there are less people on the road. In the state of Alabama, Birmingham is one of the largest, more populated cities. Unfortunately, hundreds of people are killed each year due to car accidents in central Alabama. If you’re located in the Birmingham area, there are a few dangerous intersections to be aware of..

Did you know that one of the busiest and most dangerous intersections in Birmingham is Morgan Road? This area is also known as Jefferson County Road 52. The section of the road that stretches between Interstate 459 south to South Shades Crest Road is the most dangerous of the area. It’s important to be aware of the potential threat of an accident in this area. This road was designated by Jefferson County officials and residents as the worst intersection in the state. In addition to the frequent accidents, the road is in poor condition. However, despite its poor condition, it is still one of the most heavily used roads in the area.

What Makes Intersections So Dangerous?

So, what makes intersections so dangerous? Well, that’s because they are typically overcrowded and there are more activities taking place (ex: people are merging, there are cyclists on the road, pedestrians are walking). A study by the National Highway Traffic Safety Administration found that common causes for intersection crashes include the following:

As we all know, Birmingham is a busy area. Many of us are on the roads frequently. If you or someone you know was recently injured at an intersection, the team at Lewis & Feldman can help.

Our Birmingham, AL, personal injury firm can analyze your case.