By hummingbirdsouth on Dec 06 in Lewis & Feldman Blog. 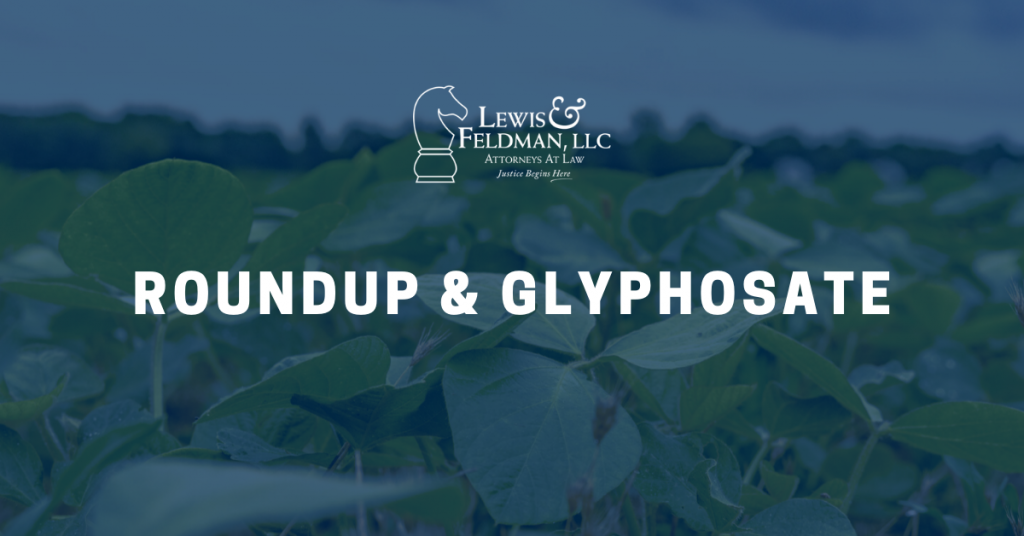 Did you know that three scientific studies were conducted investigating the toxic and carcinogenic properties of RoundUp weed killer, along with the active ingredient glyphosate? RoundUp is a very popular weed killer that most of us have probably used in our homes. If you have never personally used it, chances are you have seen it in stores, commercials or heard a friend who swears by its effectiveness.

Now, this popular weed killer is at the center of growing litigation concerning allegations that it causes cancer. Individuals throughout the United States are arguing that the manufacturer, Monsanto, failed to properly warn its users about the carcinogenic risks associated with glyphosate—which is the major ingredient in RoundUp.

RoundUp has been used for decades to kill weeds on crops, golf courses, residential lawns and private gardens in the United States and across the globe. Studies have shown that the active ingredient, glyphosate, has been tied to multiple serious and sometimes chronic illnesses.

Glyphosate is a phosphate used to kill weeds and grasses that interfere with crops. It was originally discovered to be an herbicide in 1970; however, its negative effects on humans and the environment have become a prominent issue. In March 2015, the International Agency for Research on Cancer reported that exposure to RoundUp could lead to cancer, although the product had been marketed as environmentally friendly and biodegradable. Ongoing research has been performed and more information is finding that glyphosate is not as safe as the manufacturer, Monsanto, led the public to believe.

Dewayne Johnson, a former school groundskeeper, hit Monsanto with a $289 million dollar verdict in the first RoundUp lawsuit in 2018. He was diagnosed with non-Hodgkin’s lymphoma after years of using the weed killer. This verdict was a huge victory to Johnson and many others who have similar allegations and are waiting for their time in court.

Sharlean Gordon is another one of the roughly 18,000 plaintiffs suing Monsanto. Gordon’s alleging that the company’s glyphosate based herbicides caused non-Hodgkin’s lymphoma and that the company knew about the risks, yet didn’t warn users and instead manipulated their scientific research. Sharlean Gordon has suffered multiple rounds of unsuccessful cancer treatment for diffuse large B-cell lymphoma and follicular lymphoma. Her cancer has spread through her body over many years. She developed non-Hodgkin’s lymphoma after using Roundup herbicides for 25 years at her home in South Pekin, Illinois. Gordon’s stepfather also used RoundUp at his family home and passed away of cancer.

Do you routinely use Roundup? Have you noticed a significant decline in your health? If you or someone in your family has developed cancer after using RoundUp weed killer, it’s important to know your rights. At Lewis & Feldman, we are representing individuals who may be eligible for legal compensation to account for medical costs, lost wages, and pain and suffering due to the usage of RoundUp and its active ingredient glyphosate.

If you or a loved one has been exposed to RoundUp and has developed Non-Hodgkin’s lymphoma, contact Lewis and Feldman today, Birmingham, AL’s Most Trusted Attorneys. We are working with several firms handling these cases, and we are here to help you with yours.